Megan Oesting, Head Coach of Bend Swim Club, ASCA Board member and TritonWear Elite Advisory Board Member, sat down with Mel on the Swim Swam Podcast for an in-depth conversation about the use of technology and data and how these two have impacted her whole program.

‘’When I was looking at the majors in freshman year orientation, I was looking at Engineering, Teaching and thought that math classes looked super cool but weren’t interested in anything else. I have always found language and linguistics interesting, and computer science and programming are just the linguistics of math. There is an art form there, the same as coaching.

5:16: Empowering Coaches and Swimmers With Data

‘’ It looks like I can do things more smoothly and efficiently. What are two things that can represent that? In our sport, maybe DPS. So if I focus on increasing my Distance Per Stroke, I am very likely to be more efficient and very likely have more endurance because I am using my energy more wisely. I’m probably going to be smoother. You can take TritonWear to all sorts of cool and intricate places. It is an extremely powerful tool, but you can play with it too. We’ve done a lot of playing.’’

’’The headsets. It was a way to communicate with the kids. When my kids get in, that’s when the conversation starts.’’

‘’Certain metrics have more power and more leverage than others. We have limited resources in terms of our time with our athletes. I don’t want to invest in a stock that is going to give me a half a percent return. I want to invest in a stock that will give me a 5,6,10 15 % return. So in choosing what to invest in, I want to know what that return is. TritonWear has so many metrics, so many things that I can measure. I can decide by looking at my team that I need to level up in this area. That’s the thing that will give us the steepest slope of improvement. So I choose that and plan my seasons around it.’’ 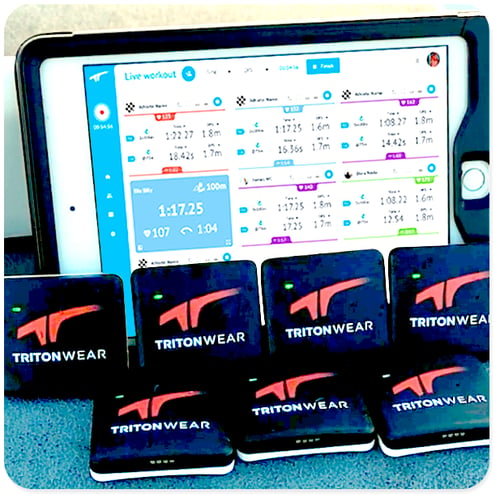 18:17 Enhancing The Art Of Coaching

‘’One thing about TritonWear, I think, is that it enhances the art side of coaching because it takes away some of the things that get in our way of connecting with our swimmers. I am not out there with my stopwatch; I know everybody’s times. I am not counting strokes; it’s counting strokes. But there are things that I would never have access to that TritonWear gives me access to that provide huge levels of improvement.''

Learn more: Is Stroke Count Still Valuable In Swimming in 2022?

‘’We did a set the other day in LCM where we measured the Stroke Rate at the beginning and the Stroke Rate at the end and compared those. LCM is a little intimidating, so I set a lower rate than I would for SC with the expectation that swimmers will drop their rate throughout the course of the length. So hey, here is LCM; let’s learn not to be intimidated by it. Let’s learn where our strengths and weaknesses are. We did that set, and about 20 minutes later, not only did the kids start at a higher Stroke Rate team-wide, but they dropped off less. I don’t think I could have accomplished that learning, over any period of time, without  TritonWear.’’

‘’With TritonWear and the headsets, I am able to tell them in real-time what they are doing. They know what 1.2, 1.5 1.6 Stroke Rate feels like and internalize it. So when you tell them that they increased their rate to 1.8, they can unpack the difference between them. The learning is so rich because we have access to things that I would never be able to get. For example, a team’s Stroke Rate at the beginning and the end. I have 30 kids in the water, and in that practice, I had 60 kids in the water.''

They know they are better, and they understand why and that was 25 minutes on a Saturday morning. That’s pretty powerful.

‘’ It’s like the musician with the perfect pitch. You had a pretty perfect pitch when it came to the sensations of the water, and you are going to have some of those people, but what about access to the sport for people that don’t? What about normal people on the bell curve? I mean, if you truly believe in a growth mindset, then you really want access to people that aren’t coming in with a perfect pitch when it comes to the sensory feel of the water. You want to be able to help them find those notes and find the rhythm and the tension flow. When you are able to say yes definitively, they know it, you know it, and they are able to internalize that with a certain sensation, and they start to look talented. That’s the talent code 101. You can develop a pathway, but it has to be conscious.’’

‘’What I find so rewarding is that talented athletes are going to randomly come up, just like playing cards. At some point, you’re going to get an ace. I am in club coaching, not college coaching. I  don’t get to find the card that I like. If my bell curve is the same as somebody else's bell curve. The thing that I find gets my competitive itch scratched in coaching is that I can move my bell curve faster than you can. I find a lot of satisfaction in taking someone who is ranked 1000 as a 12-year-old to maybe 500 as a 14-year-old to maybe 200 to maybe a 100th in the country. I think coaching success fundamentally comes down to how steep the improvement curve for your kids is. How fast can you get them to actually learn?’’

‘’I was thinking the other day about how we used to just do two metrics: our times and our volume. Those are interesting metrics, those are good things to measure, but the conversation now is broader. The conversation is about getting better in so many different ways, and through TritonWear, we have access to these deeper, broader conversations. Again as a coach, it’s taking some of the busy work off of me, the getting of splits, the counting of strokes and freeing up my time to teach, connect and learn. What are the inputs that produce those outputs?''

If time is an output metric a cumulative metric, then what are they going to drive that improvement with? So you go back to playing with metrics. Which I think is fun! I am going to drop a stroke and I am going to increase my underwater dolphin kick speed.

‘’When I plan a set now, I am thinking about what I want to get better in. Which I was thinking about before too, but it was very cloudy. I hope I am getting better at this. I am not sure if I am going to know until I look at it in a race and dissect it for that component. But now I know, I know that 20 minutes later the learning happened and sometimes the outcome happened''.

‘’I remember Bob Bowman talking about a set he did with Michael Phelps where it was a bunch of 50s and it was a certain number of strokes at a certain time, and that was the set they repeated quite a bit to get him ready for the 200 Fly. I remember being like, wish I could count strokes for all my kids in the water and I wish I could match that to their times. I can do that now but I am not counting the strokes, TritonWear is and I’ve got it for all the kids in the pool. Now the kids have access to all the learning that the Olympic training centre would give to the elite athletes.’’

‘’It’s not only steepening the curve it's levelling up the starting point. So now I understand how to develop talent. We’re changing the sport here because we’re giving access to the learning, a very small percentage of people had access to.’’

‘’First, I would say go with your intuition. I mean as coaches we are highly intuitive about the feedback that we’re seeing physically from our athletes. So we are watching their flow. You know where to go. You know what you are working at already. Go towards the improvement that you want and play with one or two metrics and watch it change. Watch your athletes change when you have a conversation that’s grounded in data. TritonWear allows your creativity to come out.  It confirms your intuition and honestly, in some ways, it helps you learn to be a better coach because sometimes your intuition isn’t as good as you thought it was and sometimes your program isn’t as good as you thought it was. ‘’

Learn how to make training iterations based on data insights

‘’If you’re a growth mindset coach and have a good time getting better in the sport, what does a better coach look like for you? We are asking our athletes to find a place to get better and find a path through that. This tool helps us coaches get better, it frees up space for us to get better, and it helps us find a path. I am all about learning, all about growth and all about finding those gaps and playing with how to fill them. ‘’

Technology alleviates some of the pains of time management and communication for coaches,
making the job easier, more efficient and more accessible. 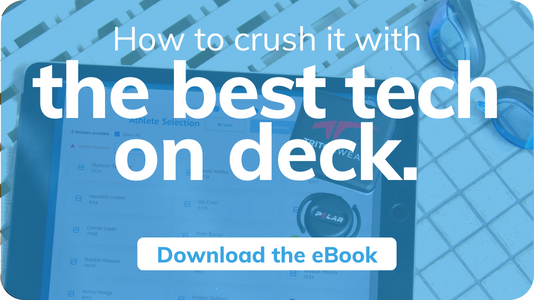