Improving the underwater phase of a swim is crucial to swimming faster. Learn how to use TritonWear to master underwater swimming. 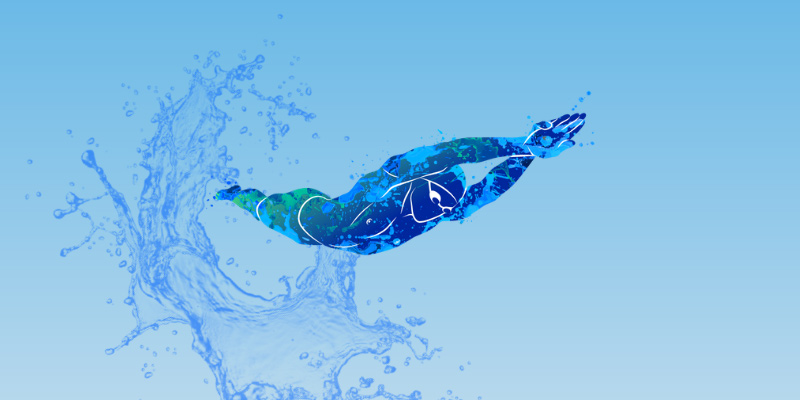 Learn how to optimize your underwater swimming to always come out ahead of your competition. The underwater phase is one of the three phases we divide data into; the other two are overwater and transitions.

Improving the underwater phase of a swim is crucial to swimming faster, especially considering that underwater kicking is the fastest stroke. According to Fina, ‘’Elite level male sprinters can swim the first 15 m of the race in about 5 sec. That’s almost 3 m/sec speed! No swimmer on the surface can swim so fast.’’

Maximizing time underwater isn’t about staying underwater longer if it results in a slower speed. It is about going further faster.

How to optimize underwater swimming?

Often to improve, you have to go back to the basics. In swimming, this translates into returning to the simplest but most important skill, the streamline. Streamline is the most hydrodynamic position a swimmer can be in, and it clocks in some of the swimmer’s HIGHEST speeds.

The two highest speeds in a race are off the start and the turn(s). The streamline helps carry that high speed underwater for as LONG as possible.

The most powerful part of the underwater dolphin kick is the downward kick. One thing to consider is the range of the kick. The down-kick pushes more water back at the start of the kick.  On the contrary, at the end of the down-kick, water is pushed more down than back, creating more resistance. For this reason, you should avoid kicking too deep.

Upward kick also plays a significant role in your underwaters. The main purpose of the up-kick is to maintain body balance.

Push off Depth is the depth of a swimmer's head the moment the feet leave the wall.

You must get a feel for where you are in the water. Push off depth plays a role in how efficient your time underwater will be, but it also serves as a guide for when to break out. The ideal push-off depth is between 40-60 cm under the water. Pushing off too deep or too shallow will cost you both speed and energy. The ideal distance is at the point where your speed underwater matches or goes below your average stroking speed.

Speed Underwater measures the average speed during the underwater phase.

Timing your first stroke ensures you continue to capitalize on the power gained (push strength) during the push-off. Breaking out too early or too late not only makes you lose out on this acceleration, but it also creates additional drag that will slow you down. It’s good practice to train breakouts at race speed.

Next, learn how to master overwater swimming.